5. The Date
So..he knocked the door..for real this time! AAH! I was sooo scared! The guy was not what I expected even though I didn't know what to expect! All I did know was that he wasn't my type! He was blonde, South African, rugby playing looking type, wearing a purple shirt and a tiger tooth necklace.
I can barely remember what he looks like, but i'll have to wait until it airs cause I didn't take a picture!

He was a nice guy, I gave him rum punch and we sat on the sofa for a bit until I served the starter. I then put the chicken on and warmed up the rice, which was dry! but it moulded into the heart shapey things so it was OK. The dinner came out really well actually. 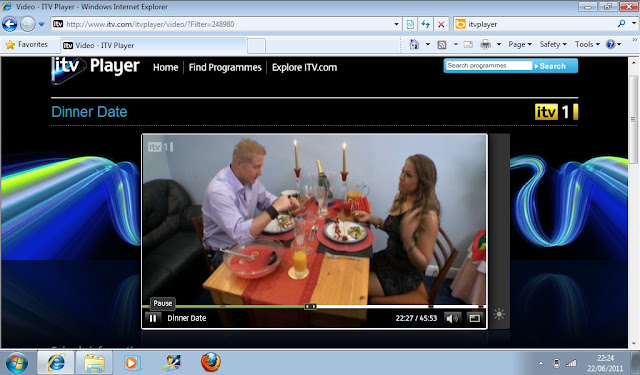 I can't remember much about what we talked about but we did talk about:
How short life is, and our plans for the future
Travelling plans
A south African dance called Suki Suki!
Him not liking tattoos or piercings
He's an Aquarius
He likes golf
hmm, can't remember anymore!! We did have similar views on life though.

Dessert Time! I made pancakes and he helped, I used the ready made batter in a bottle, and they came out really well. He gave me tips on how to flip my pancakes!
I've got purple scales, which I didn't get to use, so I took them out to show him. He then said that in South Africa they say that people who wear purple are sexually frustrated!! I didn't realise at the time that he was wearing purple too! I just brushed it off!
Oh yea and we danced the suki suki dance, which was kinda ballroomy but boring, oh and we had champagne too!
He left (twice) again and I was sad it was over :( all the build up was nearly ended).

Date over - no more stress!!
5. After Date Interview
DISASTER! I was PISSED!!
so.. I got changed into a hoodie and leggings and grey bear slippers that are actually bears (lol) and sat on my bed. 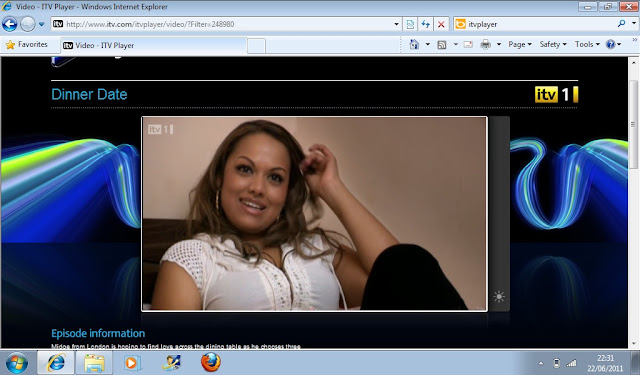 Oh well, after talking to people about it, I decided to rectify it on the door knock reveal.. in 2 days time.
My only fear was that it would look like I really liked him (which I didn't) and that if he didn't pick me, it would look even worse!!!

It's annoying because I was trying to be so nice, that I was TOO nice, I wasn't honestly commenting on the date, and ultimately I wasn't being myself. But being 'myself' on the 'door knock reveal' may have gone against me as it was just a lump of HONESTY at once! oh well, no going back now!


I was sooooo ILL this day! I had proper full blown flu, and could barely get out of bed! I texted them to ask if it could be postponed, and it couldn't - so I had to TRY and fix myself up!!
I got a text from them saying they would be round at 11am - of COURSE I hadn't been picked! lol 11am uno! I was planning on wearing a dress, but as I now knew I wasn't getting picked, I thought it better to dress down a bit! I wore a purple top! 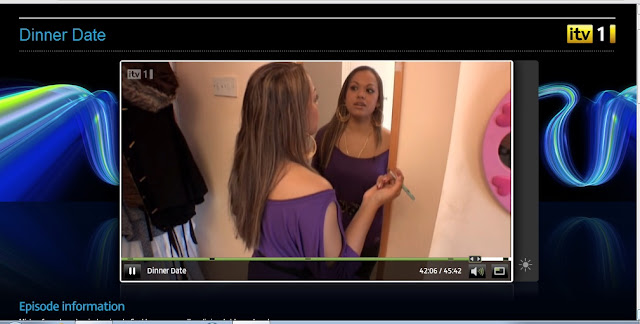 So.. I had the interview whilst putting my make-up on and said:
- I regret giving him 2 1/2
- I was 'high' off the night and the whole experience
- He was a nice guy but far from my type
- certain things that he did, if it was a real life date, I would've been put off by, like:

His dancing was like walking backwards in a circle!
He can't pick his own clothes!
he said that wearing purple means your sexually frustrated! Who says that on a first date!!??

Then I had to pretend as if I heard the door and get up and answer it. Then I waited..
From the top of the stairs I could see that it was a dinner tray! I opened the door with a smile on my face and lifted the silver lid, I then picked up the whole tray to bring it in and the glass vase dropped on the floor!! 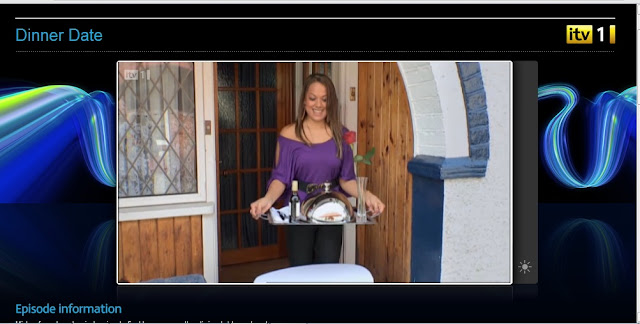 The cameraman filmed the broken glass and me coming back and peering behind the door! haha, it was funny but I hope they don't make it seem like I was so disappointed that I dropped the vase!!

This was what I got instead of a second date: 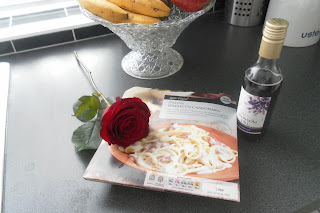 I had an interview while eating my spaghetti carbonara, saying i'm dissapointed I didn't win, but thats as far as it goes! He mentioned that I was wearing purple again. I said - yes i'm wearing purple again, and no i'm not sexually frustrated - I just like purple!
Aww, I was sad that it was all over : (
So now, I just need to wait until it airs! - I've just recently found out that it will air on 22nd June 2011 at 5pm on ITV1!! WATCH IT!!
Aaaahh i'm so scared though! I cringe everytime I think about it!!! Excited too though! yay!! : )
Posted by LauraGan

LauraGan
WELL...I'm a very opinionated, stubborn individual..! and i'm not ashamed to say it!! haha I will NEVER lose an argument! I love dance, music, film, TV, PARTYING etcetc.. I realise you ONLY HAVE ONE LIFE..and that life NEEDS TO BE LIVED!!! :)

Don't have a Google account? SUBCRIBE with your e-mail address HERE!! : )