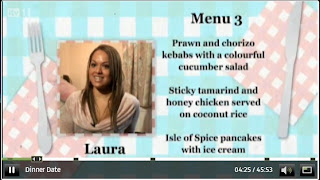 My day was Thursday 10th March (I was date no.2), I woke up soooo excited and scared!! I had CRAZY butterflies, I was so nervous! I had everything prepared though; my outfits, the food (which was delivered the night before), my hair plans (very important!), the house was clean and my house-mates had left...
The day was going to be split in 6 parts:


1. My hobby
So, we had to film me doing one of my hobbies. My suggestions prior was to film me getting my nails done or doing some shopping, as I didn't want to be filmed dancing and filming me at my art class wouldn't have fitted in time wise. However, we got into contact with my Art teacher, who agreed to come to my house in the morning (around 11am)!!! I attend the art class weekly and was in the middle of painting a Grenada beach scene.
So we filmed me painting under Nelson's direction.
It went well, I didn't have to talk, and I felt relaxed with Nelson there and knowing its only gonna be on TV for a short while in the background.

2. My Interview
OMG! This is the part I was MOSTLY scared of! From watching the shows, they like to pick random things you say and put them out of context. So I was really aware of what I was saying and I definitely wasn't talking as if I were in a normal conversation! I hope I came across well! I can't remember much, but I talked about my ideal guy - Dark, handsome and not too tall (haha), ambitious etc., astrology - my ex's star signs, my menu, that I'm creative...hmm.. can't remember any more!
3. My cooking
I had an hour break here, so time for another clothes change and a change of my hair!
Here's what I wore: 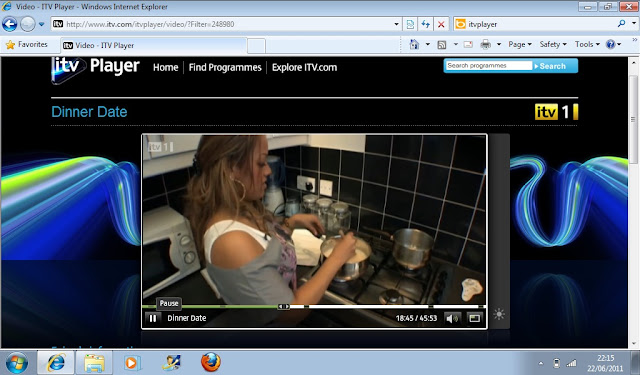 Casual but still nice. I was puzzled as to why people in series 1 wore really crusty clothes to cook in - you're still on TV!!!
This is my menu:
I started with the chicken, as it had to marinade. I talked about Tamarind but forgot how to describe it! It's a fruit that grows in Grenada and is used in a lot of Asian cooking (facts a bit late!)
I had a couple of Grenada flags around, so talked about that..
I then did my starter, cooked the prawns and then put everything on skewers..

These needed to be grilled just before he came.
I made a salad to go with the starter, then cooked the rice to warm up later and went to get changed! It took about 3 hours of filming just cooking!!
I was meant to make pancakes from scratch but ran out of time, so luckily I had some ready made batter i bought (was pancake day on Tuesday) so just used that after dinner!
I made the rum punch after getting changed..and laid the table
4. Pre date interview
I was filmed whilst putting my make-up on in the mirror... 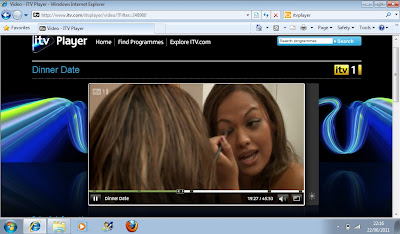 I got asked if I was nervous, and at that point I really wasn't. It was when they went outside to pre-interview him, and I was waiting for him to knock the door - I was NERVOUS! I was pacing back and forth and had butterflies!
There was only one cameraman, so they knocked the door and I had to pretend it was him and go to answer the door..I also had to answer the door twice! Once with the camera outside and one with the camera inside!

LauraGan
WELL...I'm a very opinionated, stubborn individual..! and i'm not ashamed to say it!! haha I will NEVER lose an argument! I love dance, music, film, TV, PARTYING etcetc.. I realise you ONLY HAVE ONE LIFE..and that life NEEDS TO BE LIVED!!! :)

Don't have a Google account? SUBCRIBE with your e-mail address HERE!! : )